When we returned from the trip, we have found agapanthus in full bloom.
We love this light blue color.  It looks cool and suits to rainy days.
This year, up to now, we have little rain fall in Fukuoka area, therefor, the land is very dry. 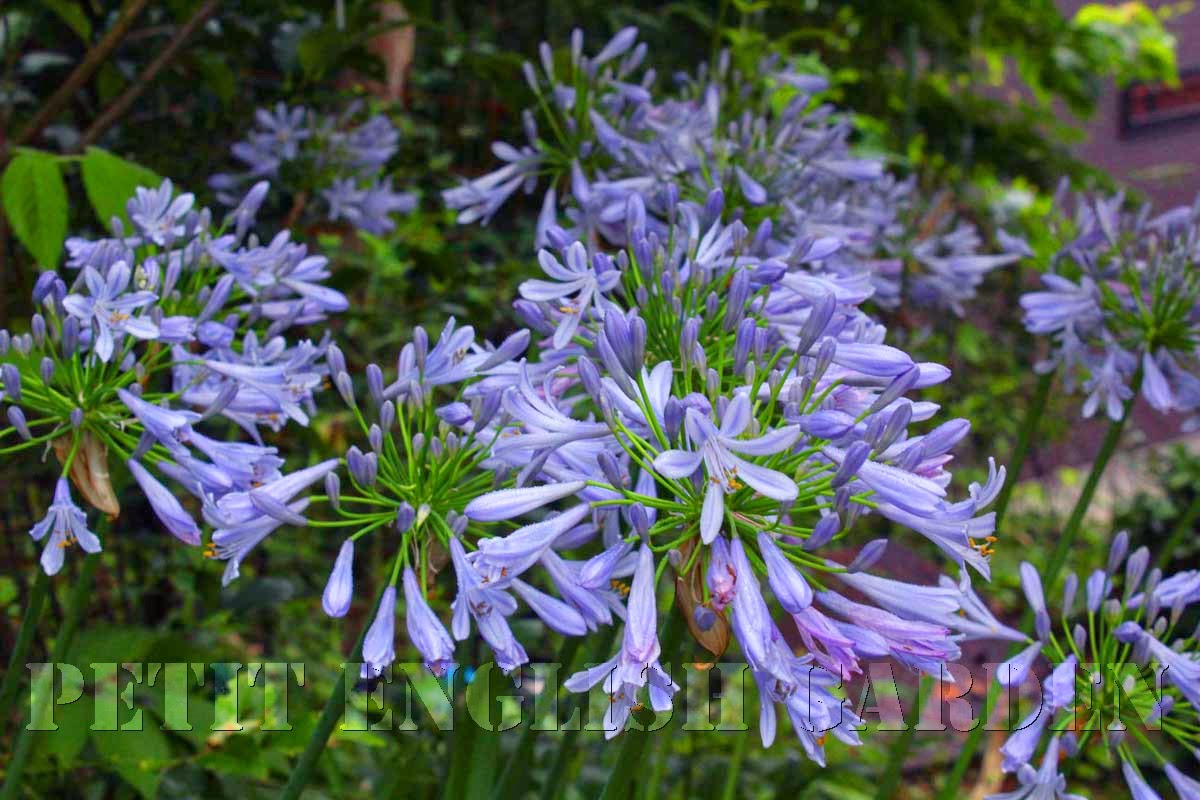 This private garden is located on the southern hillside of Mt. Yatsugatake.  I really had been looking forward to visiting the garden.
Mr. and Mrs. T & K have been creating this stunning English garden for years by themselves.  A ruin of stone wall, a garden pond, stone pavements, gate posts, steps etc. are his works.

Though roses had almost been over, many perennials such as catmint and clematis were so beautiful.


The garden was far more stunning than I expected, and Mr. and Mrs. T & K were really nice persons.  In spite of weather forecast of rain, it was a nice day without rain and a unforgettable day for us.

Photographs of his garden can be seen on the site below.

We stayed two nights at HOTEL HEIJI.  This hotel was once a country house of a member of the Imperial Family, and open for public as a hotel in 1975.  Their Majesties as well as ｔhe prince and princess visited or stayed at this hotel in the past.


In front of the hotel, there is a cafe and beautiful lawn, and woods with fresh green leaves spread beyond the lawn.  Some roses are starting to bloom. 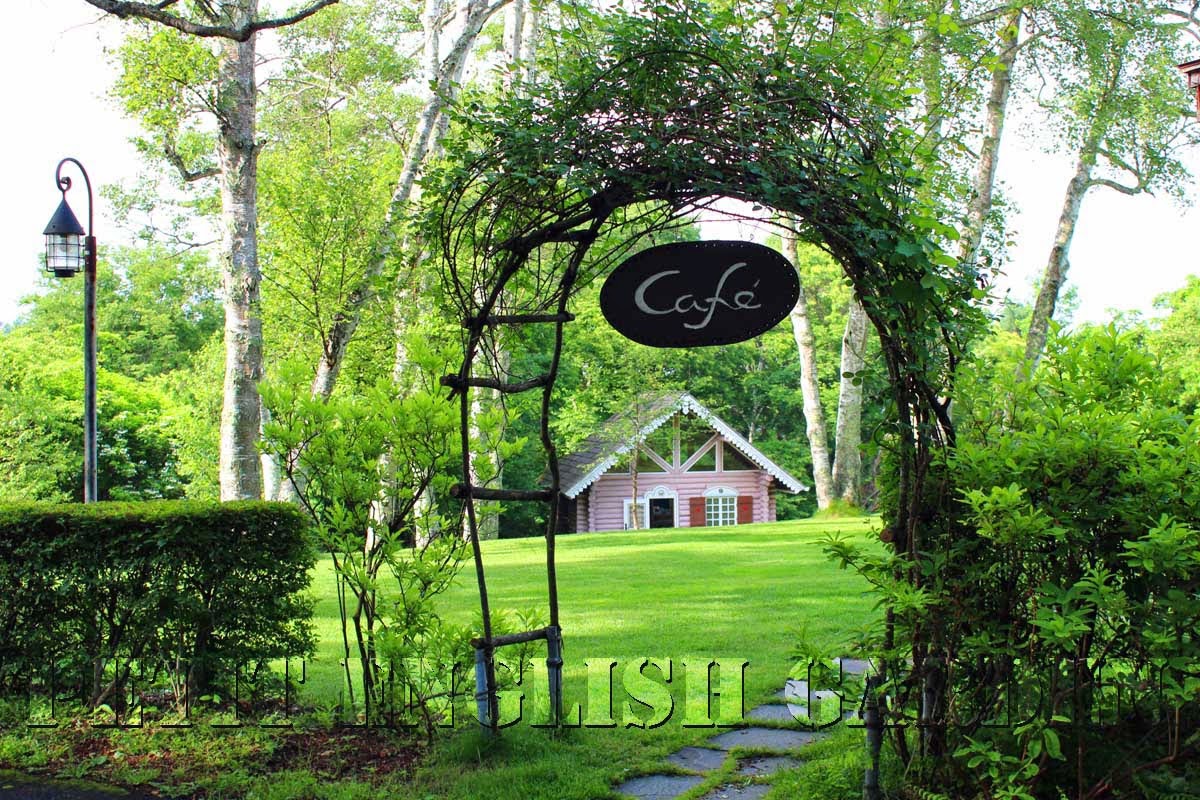 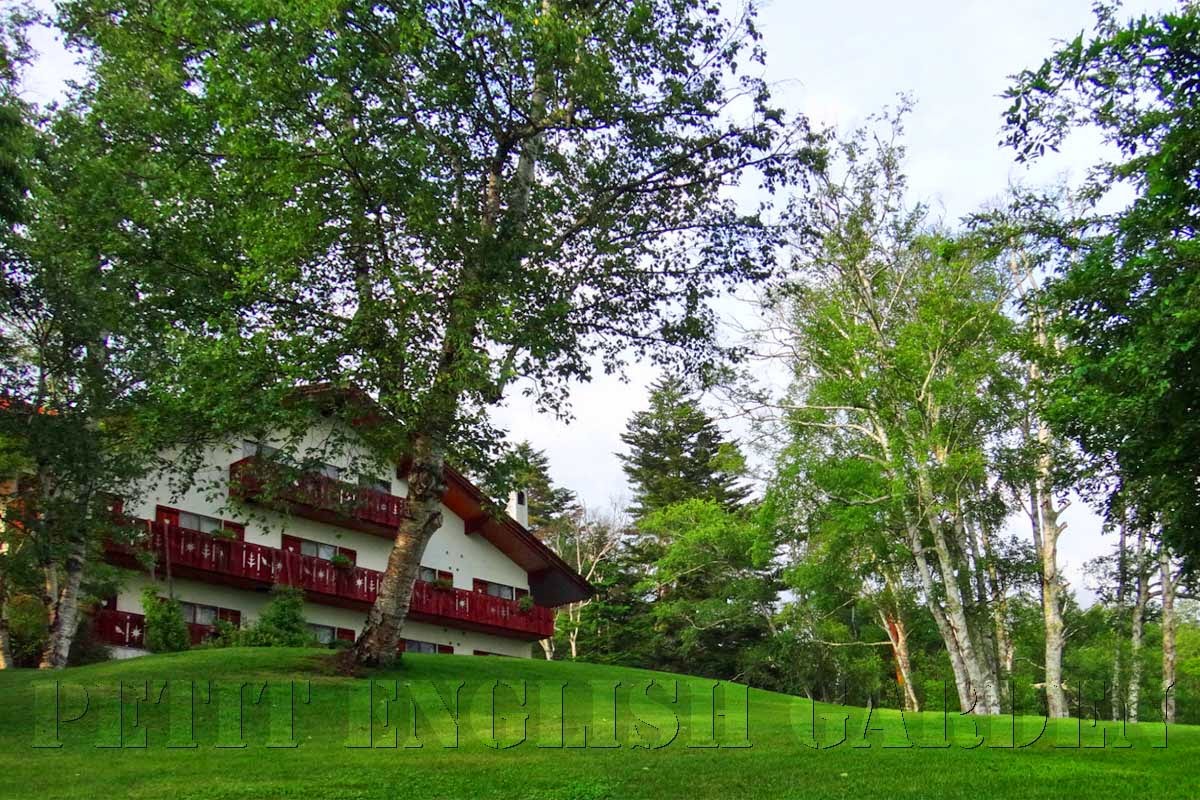 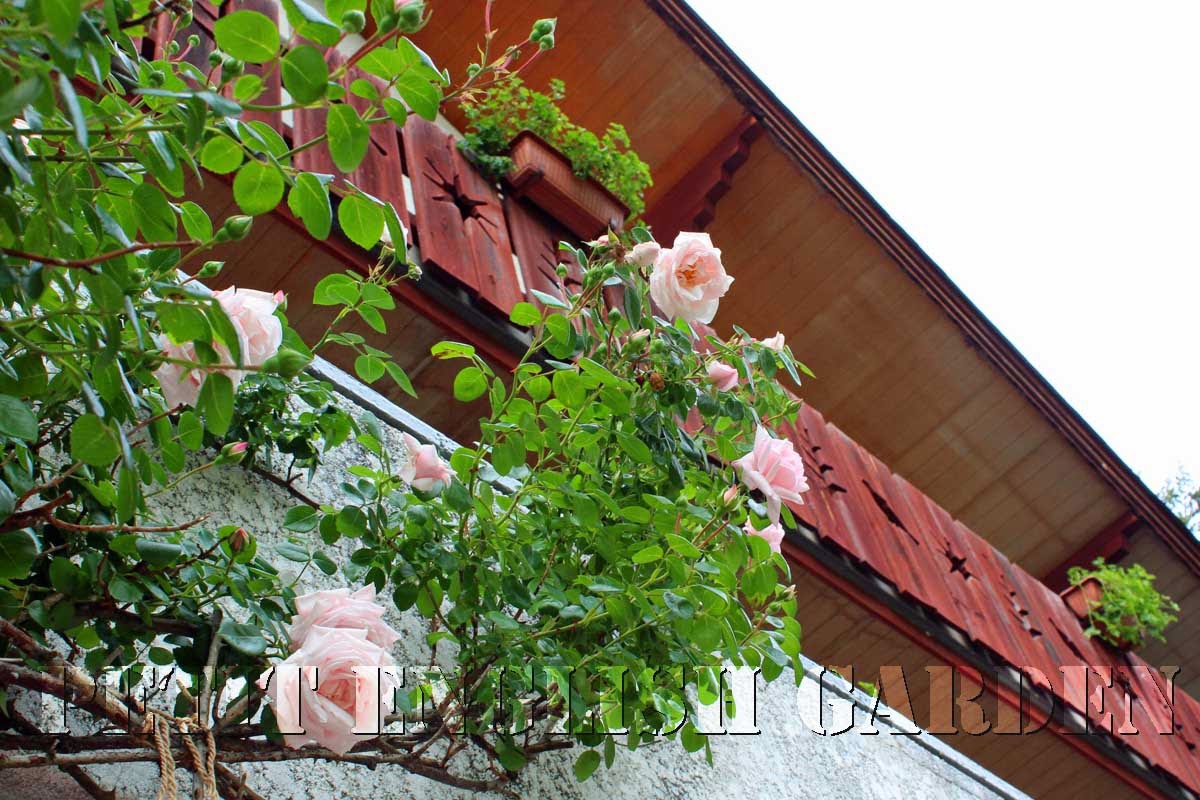 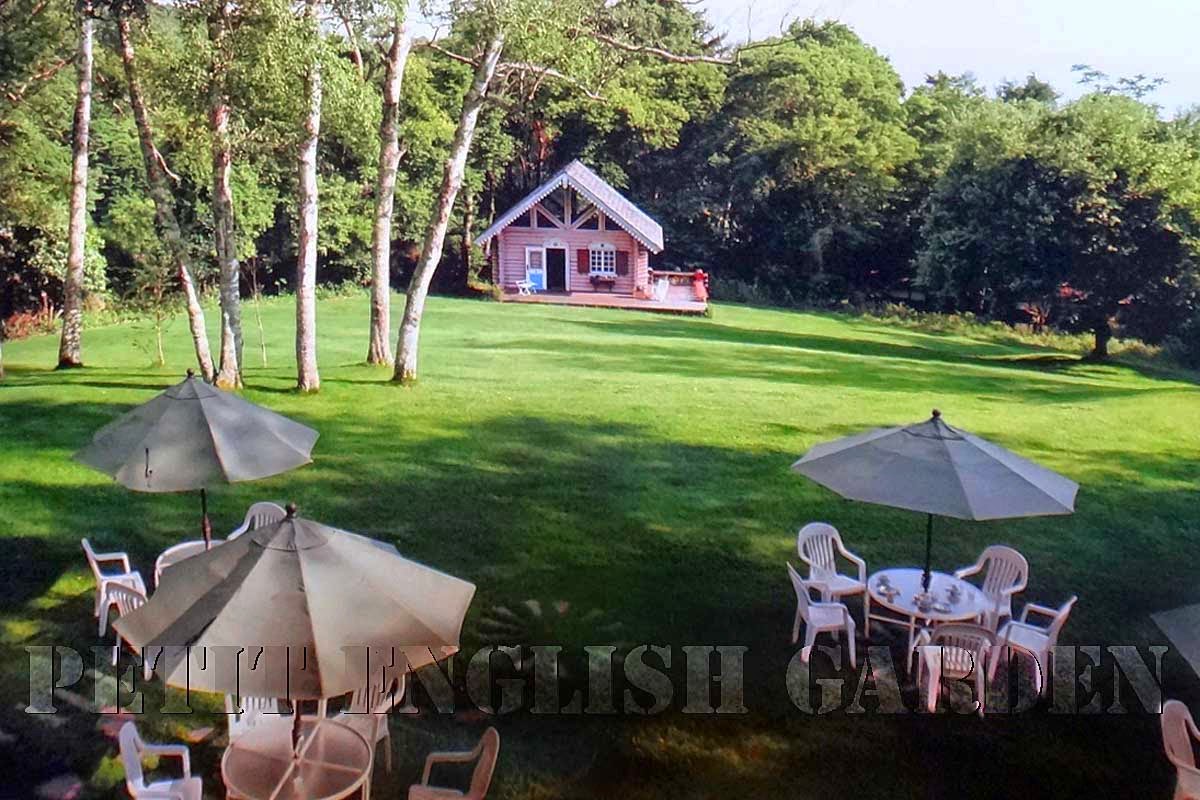 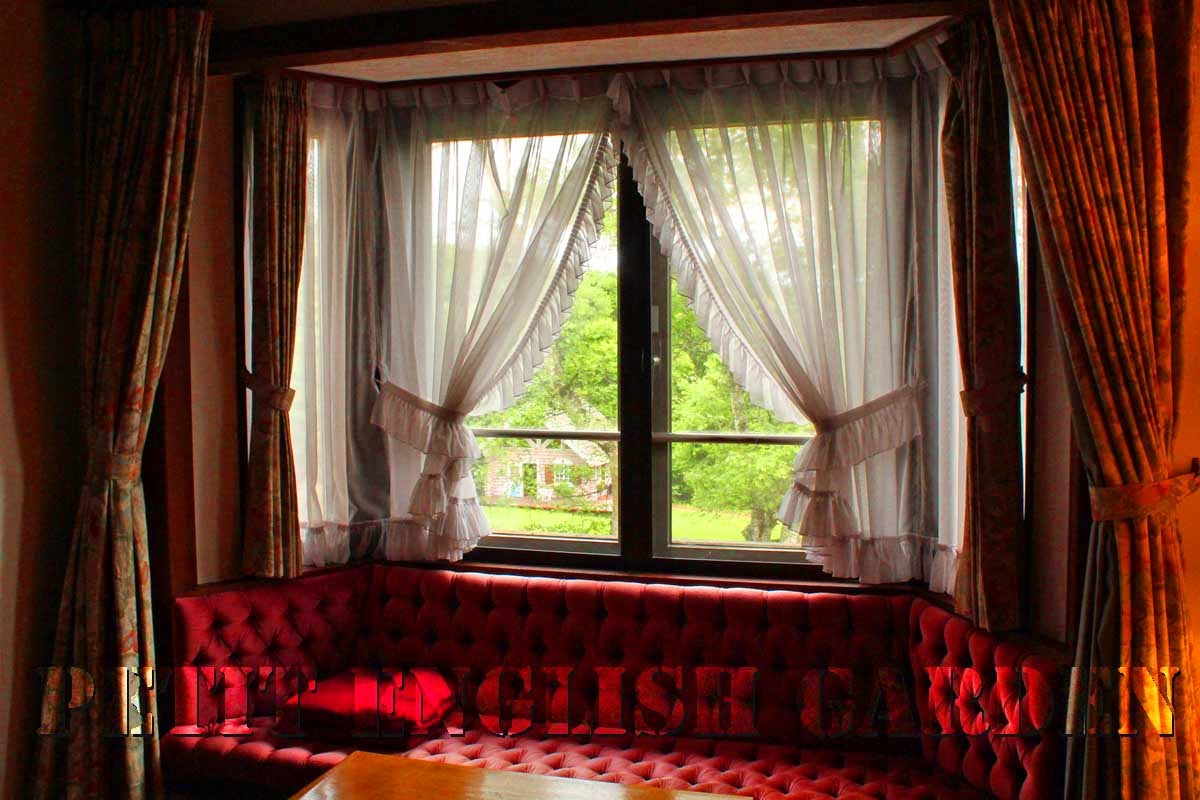 
Barakura English Garden in Nagano prefecture was introduced recently in the English Garden Magazine (August 2013).  It has been the first authentic English garden in Japan, which was opened in 1990.

I visited the garden at the first time in 2011, and I saw Mr. Glyn Jones; the head gardener of the Hidcote Monor Garden.  I asked him several questions such as how to decorate a brick wall with climbing roses.  His advice is very useful for me to make our garden after that.
In June of 2012 I visited the Hidcote Monor, however I couldn't see him unfortunately because of his absence.


Walking through the terrace and down to the center part of the garden, there are a herb garden, border gardens around the lawn, and a Laburnum tunnel.

Alice in Wonderland Garden is full of vivid colors.

There are shops of plants, garden tools, ornaments, foods, and clothes designed by Kay Yamada, the brand name of which is BARAKURA (shortened form of Barairo no Kurashi; Rosy Life)

We attended a lecture by Mr. Yamada and the head gardener Andy.

Mr. Yamada introduced us the autobiography of Peter Beales(22 July 1936 – 26 January 2013), who was one of the leading experts on roses, especially species and classic roses, preserving many old varieties.  I have taken an interest in his life, and bought one copy at the garden shop.
During and after the trip, I have been reading the autobiography.  Today I reached to the chapter in which his proposal to her wife Joan was written. 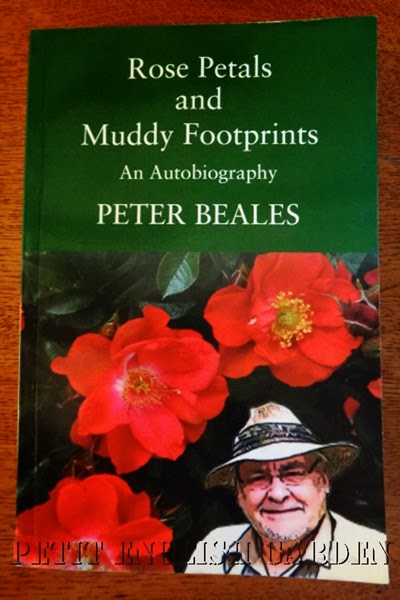 Come back from travelling

We visited several beautiful gardens.
I will start to introduce them from next time. 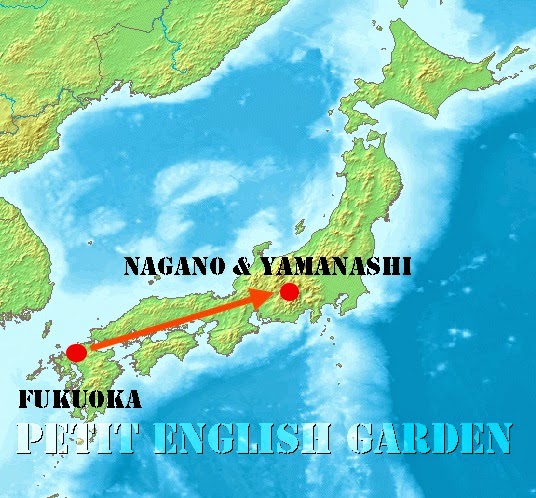 About the cherry tree

We have a large cherry tree.  White flowers blossom in late of March.  It is supposed to be more than 40 years old, and has stopped to grow.  When we bought this land, we cut down some large evergreen trees but didn't cut the cherry, because it is deciduous and flowers so beautiful.  The cherry is Cerasus jamasakura, which is a representative wild cherry and its flowers and leaves bud at the same time.
The most popular cherry in Japan is Cerasus × yedoensis (Matsum.) A.V.Vassil. ‘Somei-yoshino’ that buds flowers first .  Huge number of Somei-yoshino trees, those are all clones, have been planted in parks, streets and private gardens all over Japan, and cherry flower is a symbol of Japanese spring.

In September 2012, a typhoon attacked northern Kyushu Island.  Very strong wind blew for a long time and after the storm we found that a large branch of the tree had been broken.  We were very shocked for several days.


The cherry tree flowers in 2013 and 2014 as beautifully as it had done before.  Cherry blossum tells that spring has come and we enjoy it from the window, at the gazebo and from the potager.  At night we light it up, and enjoy it with some wine.

I had a one night trip to Lake Biwa, the largest lake in Japan to attend academic conferences. 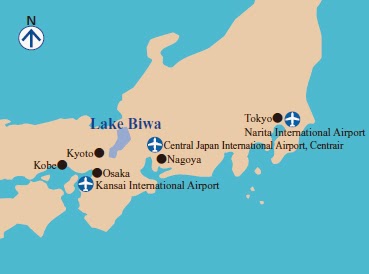 I got on the Shinkansen (Bullet Train) bound for Shin-Osaka at Hakata Station. 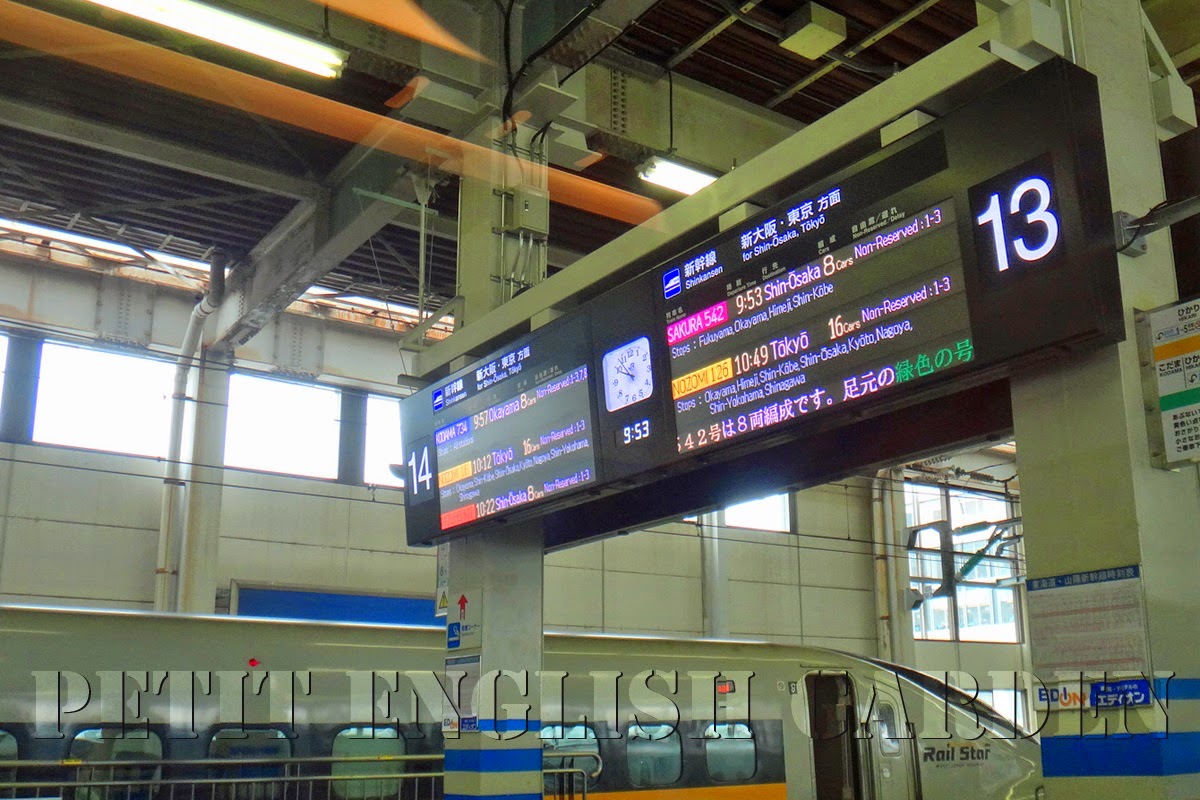 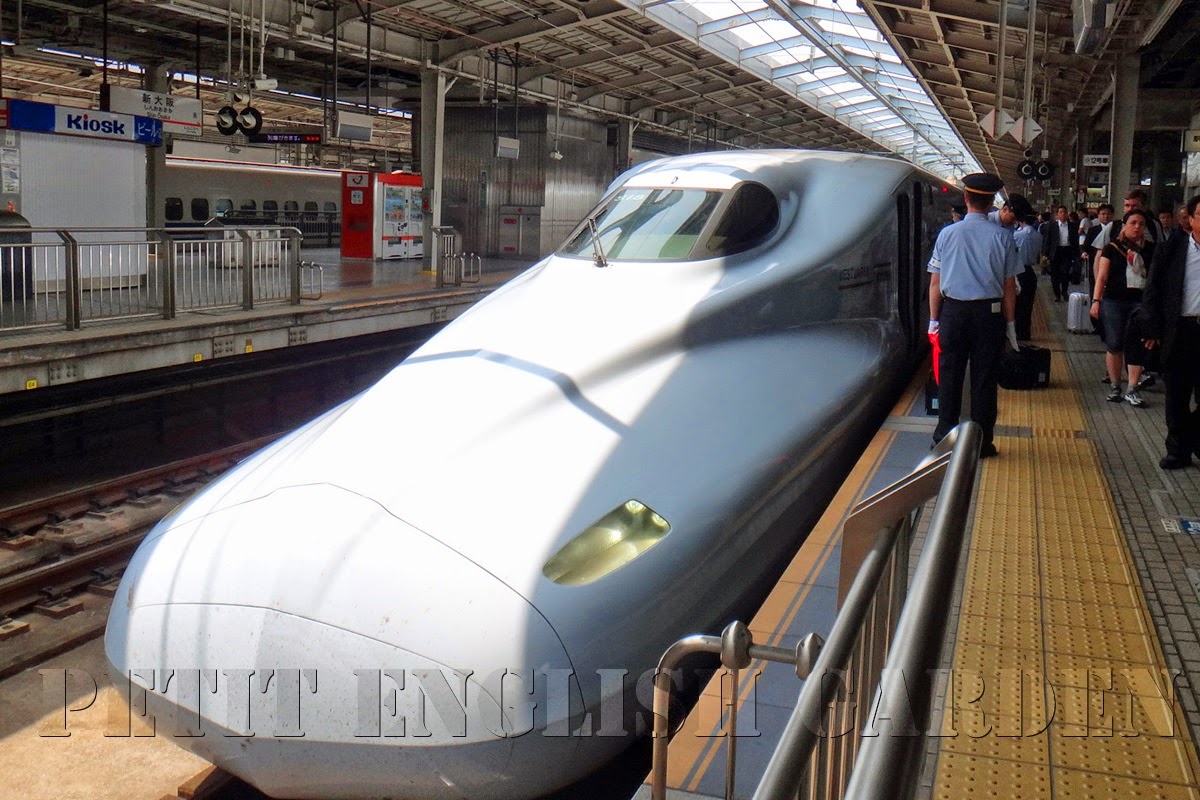 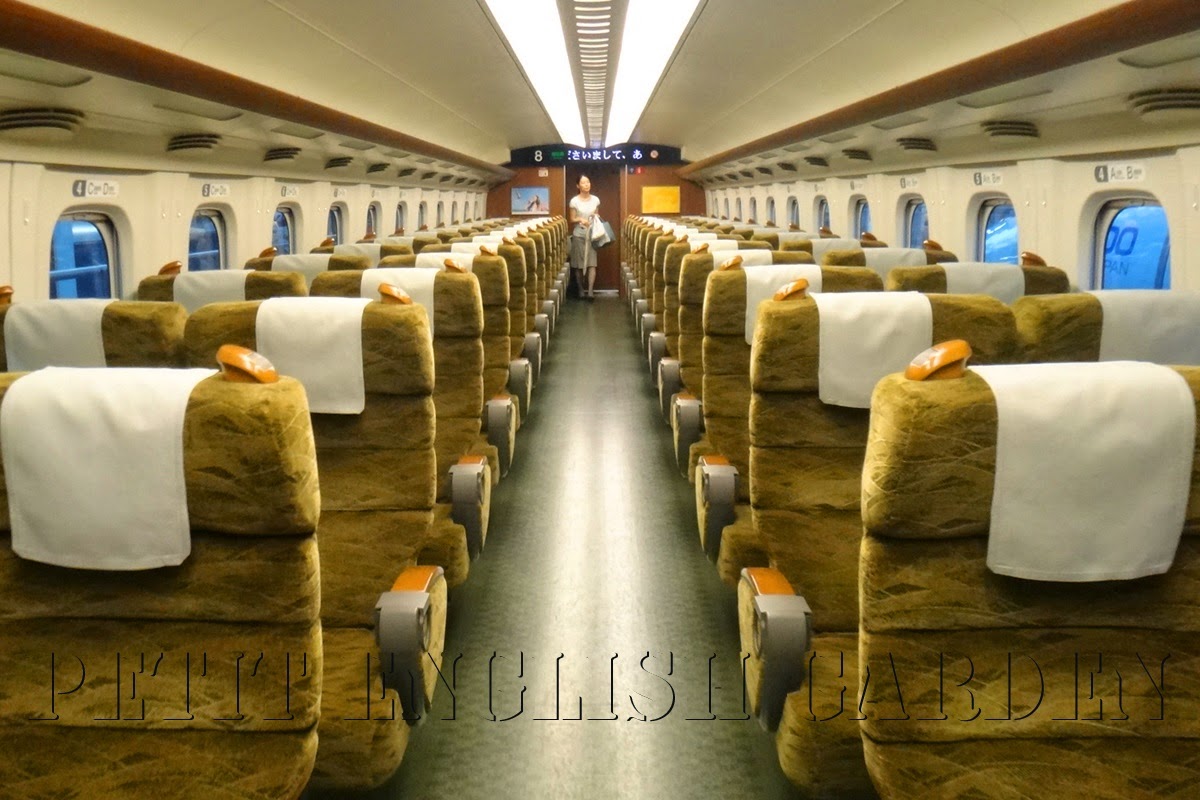 Most of fields are filled with water, and rice seedlings are going to be planted. 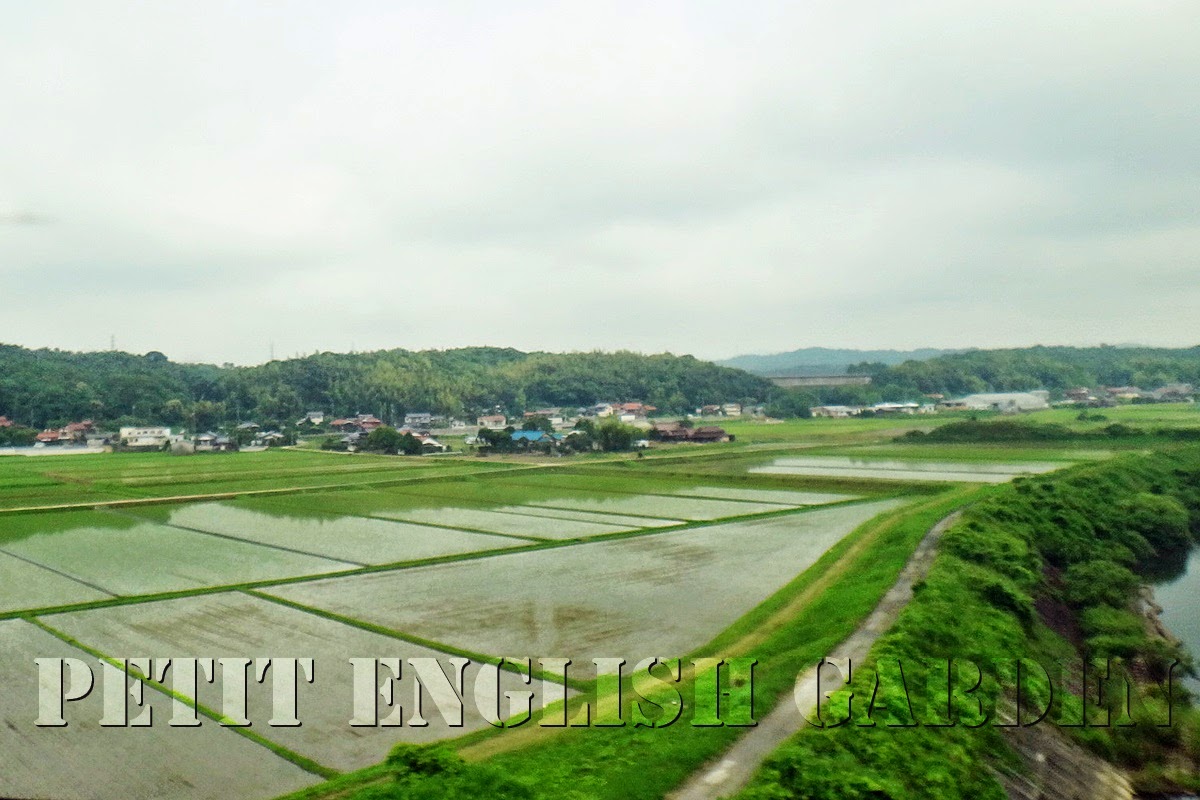 Fukuyama castle re-builded after destruction by fire at the Warld War II could be seen through the window of Shinkansen. 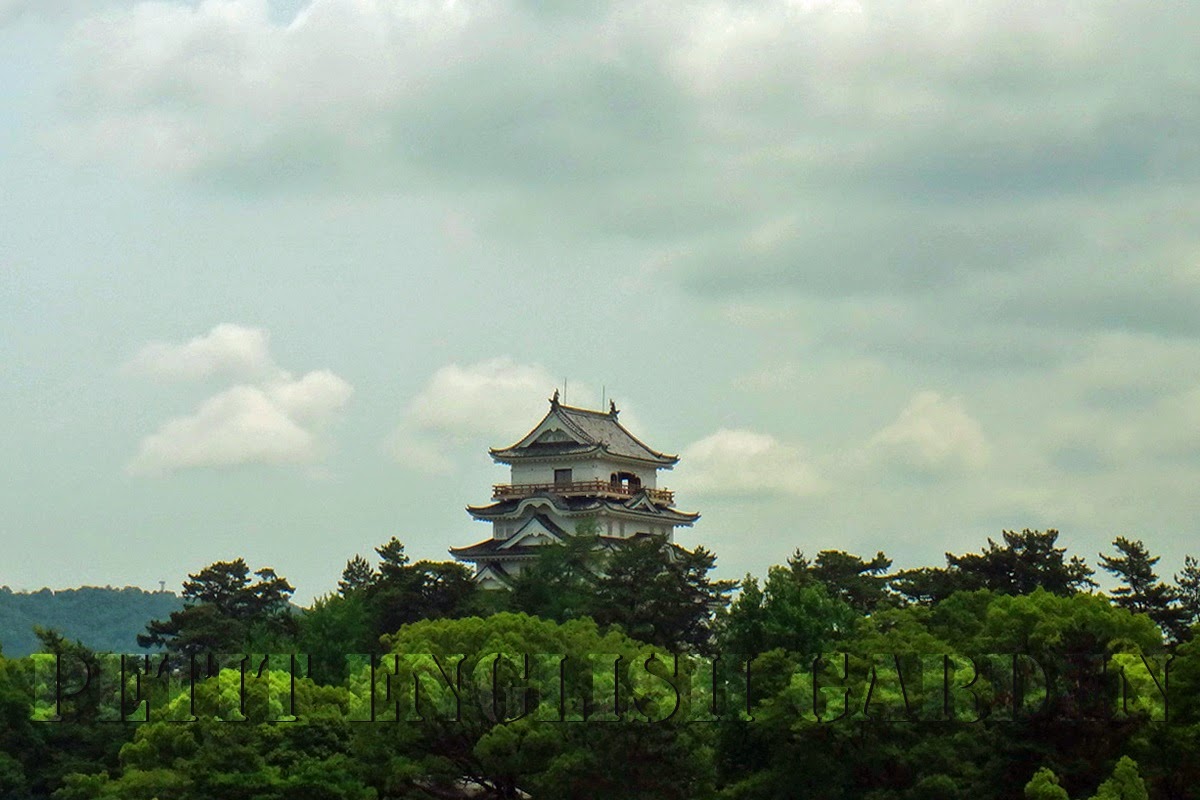 It took about five hours to get to Lake Biwa.
The lake is so large and the farther shore is impossible to see unless the air is very clear. 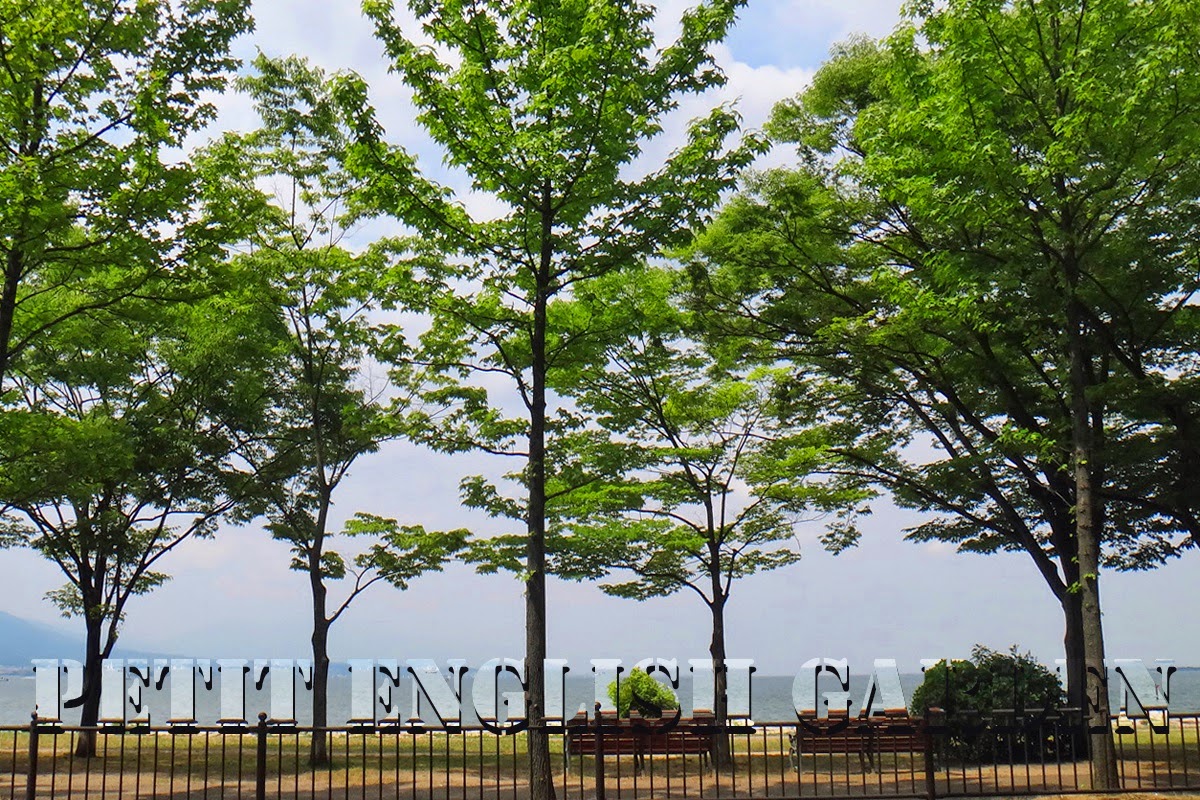 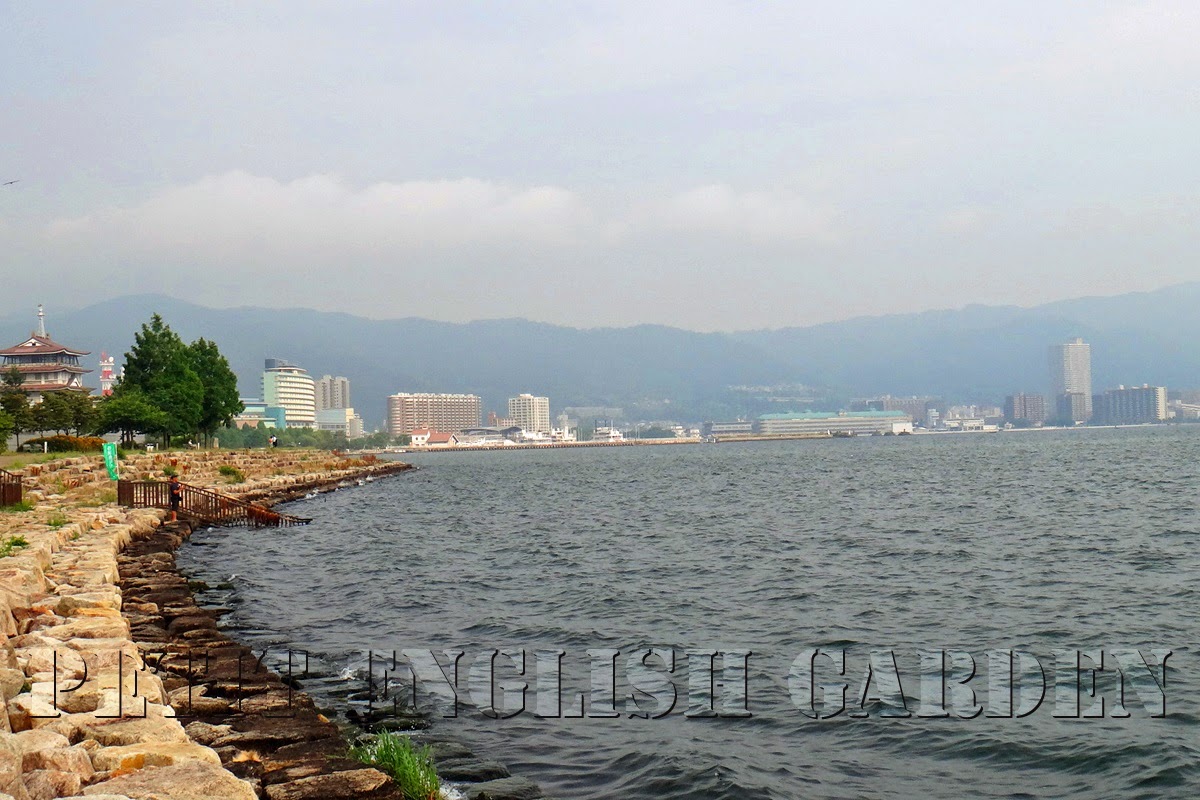 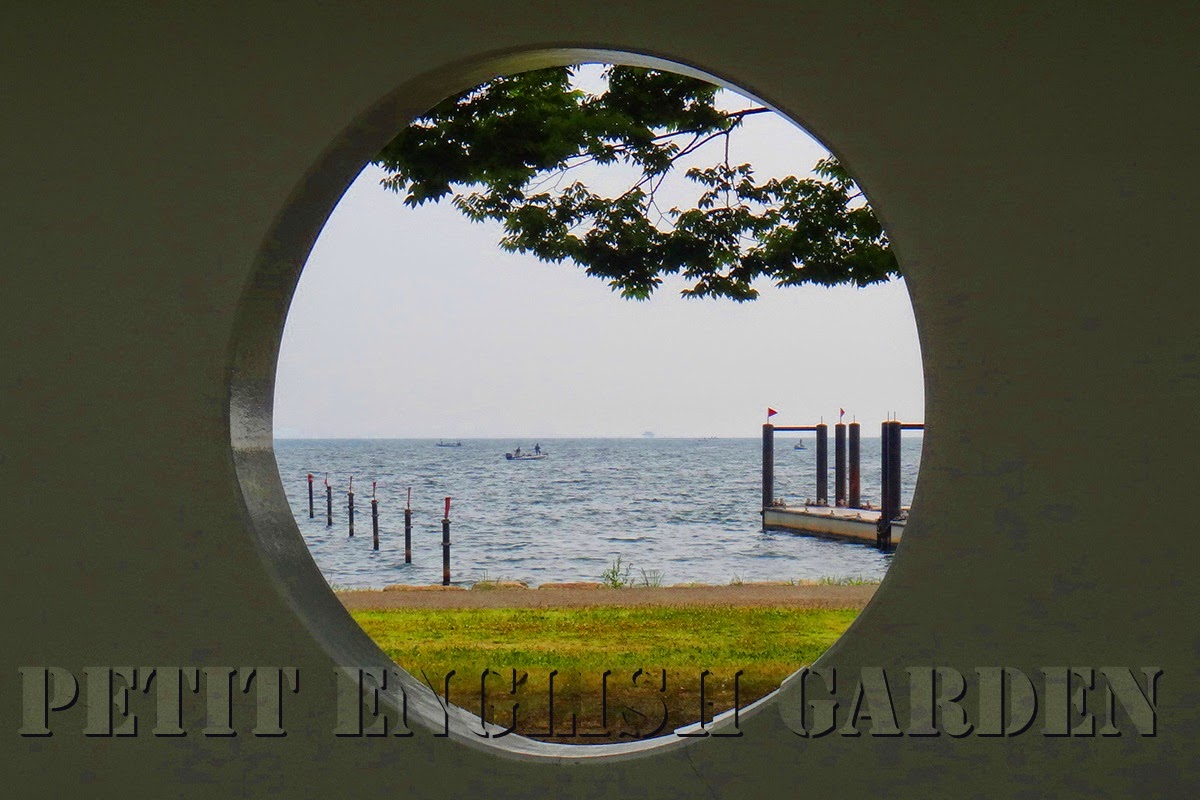 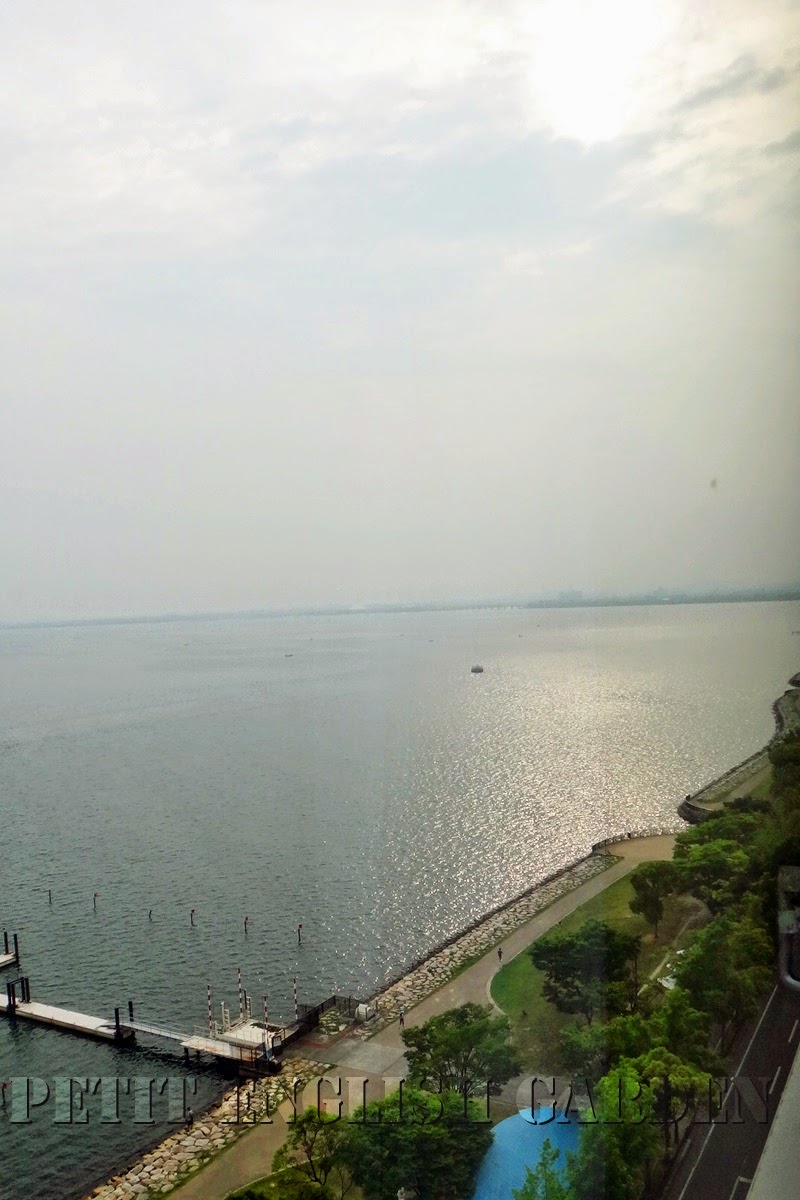 In the morning I took a walk along the shore.  Hypericum patulum flowers showed vivid yellow color. 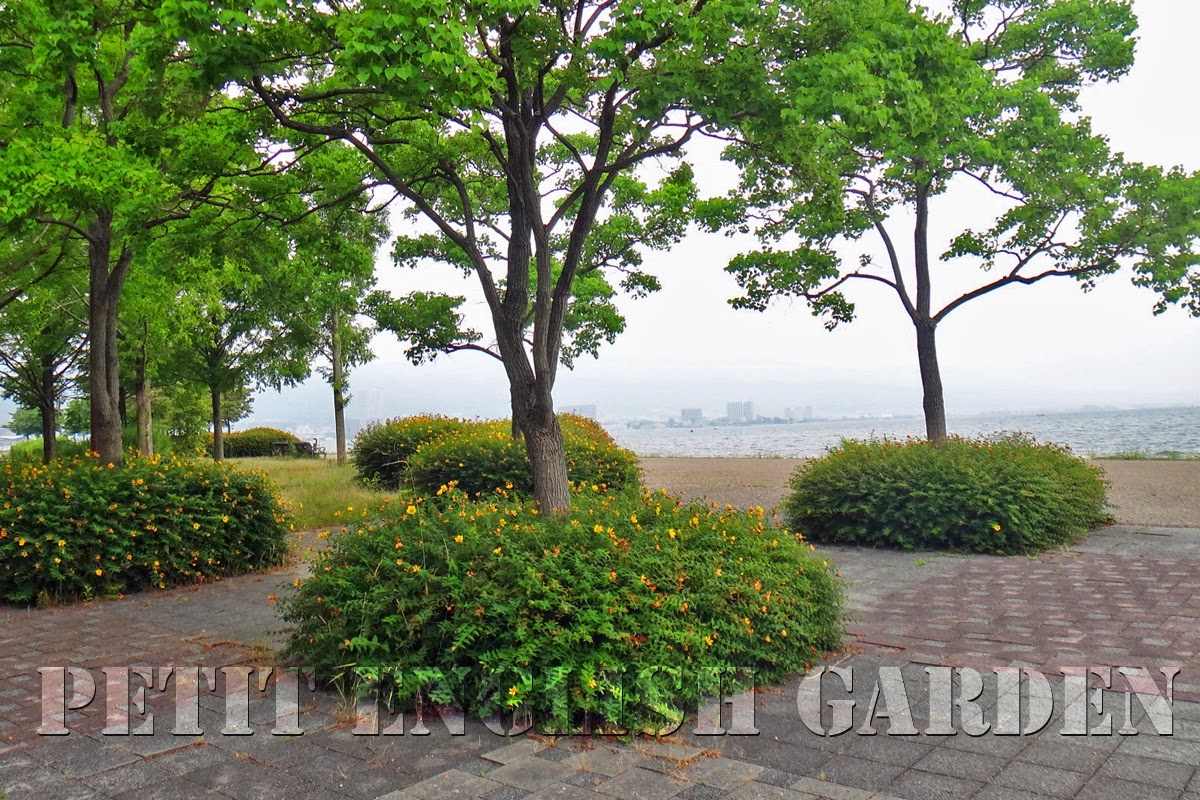 On my way home, I stopped at Kyoto station, which is a very contemporary architecture in the old Japanese capitol with so many old temples and Kyoto Imperial Palace.


This week we are visiting gardens in Shinsyu Highland, which is situated northwest of  Mt.Fuji.

Most of flowers in the potager are over, however, Rosa 'Cocktail' bears a number of flowers again. ポタジェの花はほとんど終わりましたが、 バラのカクテ... 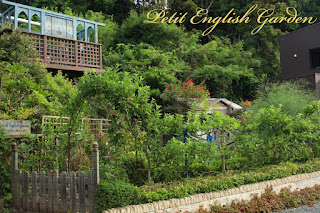 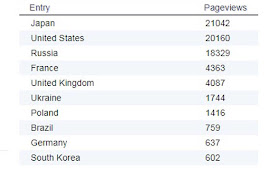